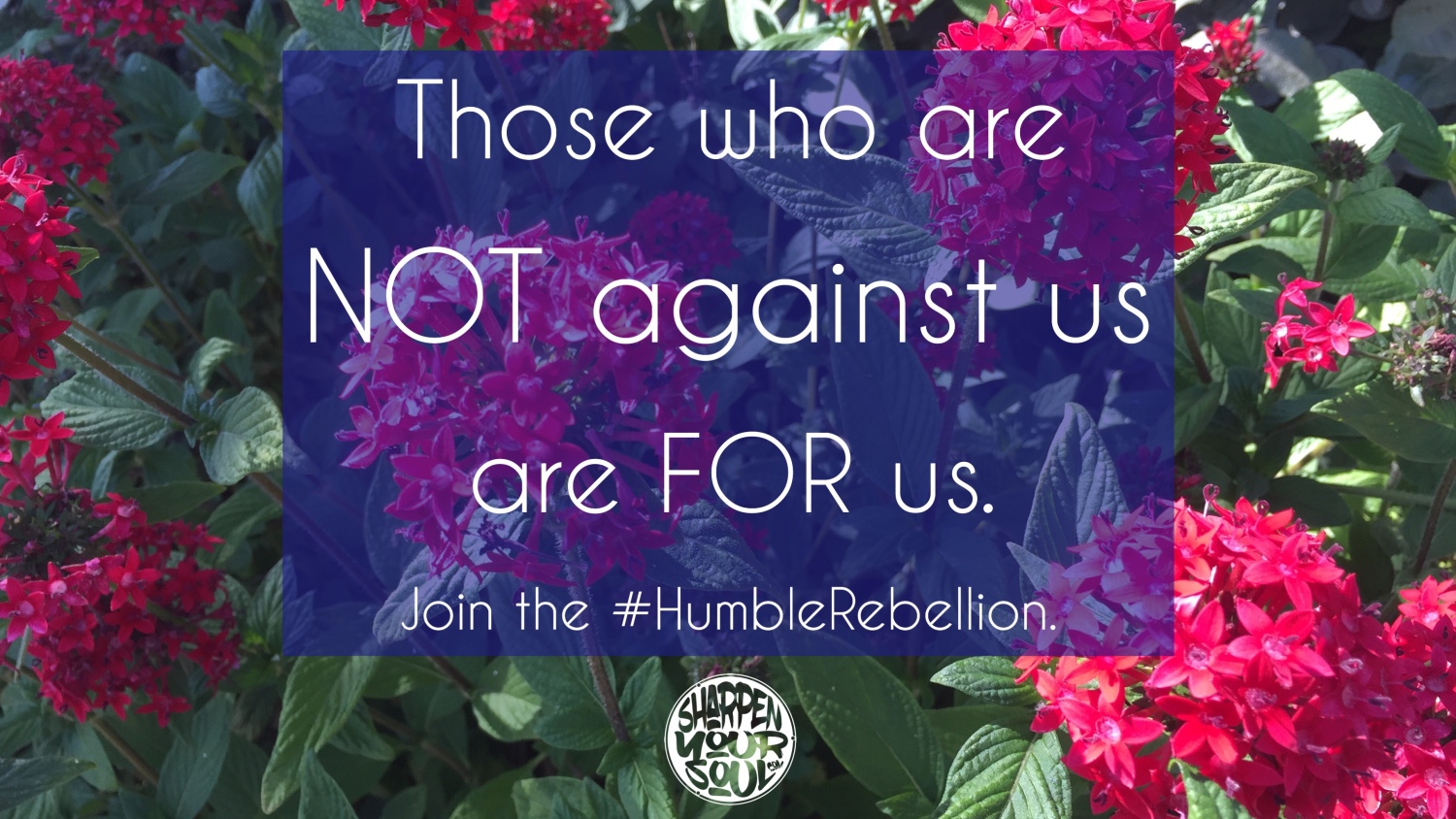 The current trend on social media is troubling.  Most would agree.  While everyone agrees that things are troubling right now, it’s the divisions over why it is troubling, that is the important point.  Whether some are troubled deeply over the injustice they see, and others are troubled over the violence coming as a result, neither of these impulses should be silenced.  This is especially true where those impulses are poorly worded and overstated.

Darkness thrives in isolation.  Evil things love to be divided, alone, separated, and kept apart.  This is because, it’s the nature of all dark things to vanish immediately under contact with light and to grow only by its absence.   This goes beyond more trivial rights and wrongs as well.  Even more cosmically, the existence of the universal negative is only brought into being by the absence of a positive reality.  This means that to destroy evil, one does not make war with it evil, but instead one brings forward the good.  Its presence is the antidote to many evils.  For evil is the vacuum of the good, not its opponent.

The trend is now to react on social media, venting the frustration one feels at the world, and to post a charge to all their contacts to: “unfriend me if you think or believe ______.” This is perhaps one of the most truly saddening things of all. For by ostracizing and encouraging dissociation from those who disagree with us, we intentionally or otherwise coddle ourselves from their opinions. Any avenue we have for growing toward the good is lost when left only to ourselves. If the silenced ones are right, we lose their wisdom. If the silenced ones are wrong, we still lose the chance at knowing the truth –– for we must be open to the possibility of being wrong in order to have the possibility of being right.

Without the possibility of being wrong,
We are always left with a certainty of it.

Therefore, if you are ignorant, bigoted, or errant, do not vanish from me.  If you are ill-informed, incendiary, or antagonistic, do not go hide away from me.  I may agree with you, or I may oppose your viewpoints strongly, but I never “don’t want to” hear from you.  If my views are tethered to ideals that transcend myself, then attacks on my beliefs are not attacks on myself.  If the attack seems a valid point, then it is I who have erred from my own ideal.  If the attack is in poor taste and errant, then the great and peerless Good will defend itself without need for anger.

If I feel attacked personally by your words, then it’s I who’ve already erred.  For I’ve slipped into the comfort of identifying myself with my opinions, rather than keep myself philosophically and spiritually “lean” by the discipline of taking every thought and belief into account before the Truth.  The true Good is always greater than any evils which assail it.

As the light overcomes the darkness,
So we overcome evil with Good.

Because of this, I do not want hate kept off my feeds.  I know it’s surprising to say.  It’s not that I support hate speech by any means; instead I rather believe the only way to destroy it, is to let it step into the light of its own accord.  The Light will have its way with it.  Keeping it silent (read: keeping it away from conflict with the Good) keeps it alive. I want hate destroyed. For that simple reason, we must at once starve it of our further hatred and engage it with our greatest loves.

The Good is not so weak, as if it needs to be kept safe from any challenger to it.  It is in fact, the true power of the darkness to convince the Light that it should be afraid of it.  For if lovers of the light always run from the dark, the power to overcome that dark will never manifest itself.  I want every voice heard.  I want every soul who feels a particular voice is wrong, to say so.  The power of the chorus is to always overpower the solo when the lone singer sings at the wrong time.  If they sing at the right time however, the ensemble listens well, and the whole drama may find a new theme to rally behind.

The Next Step is Simple.

How can we let cooler heads and hearts prevail?  Is it even right to let them do so?  Is it good to have civil discourse about our issues and objectives, or will only the bright fires of passion overcome the stagnation of complacent cultural sins?  Who can tell?  It is hard to say.

Therefore, I can only speak to those who may hear me.  I cannot make anyone listen, but if I am right, then many already are.  The minds who seek truth are searching for it.  The hearts who seek passion are yearning for it.  If you, like me, refuse to let piteous mudslinging dominate the heart of our fellowship, then join me in this humble rebellion and speak to the good in all our people.

The great negative always reduces in power the more it is identified.  Negative thoughts, attitudes, emotions, relationships, habits, patterns, and arguments all grow when left unlooked at.  Most importantly, they always diminish when approached.

Do not fear the power of hatred.
All of its power is in our Fear.

Call its bluff, and watch it wriggle back to the shadows.  If you disagree with anything I’ve written, please friend me.  If you like anything I’ve written, don’t unfriend your enemies.  Fuel is good for fire, but the only fuels for evils are avoidance.  Face the darkness with me, regardless of your race, religion, or creed.  We will overcome it.  The Good will see it through.  We need only to abide in that good.

Do not take up arms against the one who speaks out against you.  Are you the target of their claims? Or is the Good their target? If the good, do not leave the realm of the Good to defend it, for then you desert and smear it. If you are the target, then you are already apart from the Good. Return to It, and it will defend itself. Some may think this idea fanciful. Yet, it’s almost self-existentially and obviously true that: should all those truly on the side of Good cast aside their swords and abide in her, then the world would see most clearly where the darkness and its stewards remain.

The Way is to abide in the Good.

All things work toward the good we strive for. Even the actions of our enemies move this way.  Therefore, if you seek the good a different way than I, we’re on the same side even if we disagree.  For the beautiful thing about the good is that –even if someone disagrees about this principle– it always becomes all the more true. When both sides demonize their opponents to the point of claiming complete moral superiority, they both devolve to the “us & them” idea that states: if you’re not for us, you’re against us. By this, they cannot entertain the best of what those differently minded have to offer. For if those people are true evil, what good can they say? But the Way steps beyond the conflict of overly bifurcated ideologies.

“The one who is not against us is for us.”

Those who walk that Way, know that every good within their enemies will always ultimately work for them, so long as they work for the Good. The bearer of that idea may be a mixture of right and wrong motivations, but the Good is not doomed by the presence of evil. It’s the other way around. Therefore, those who follow the Way assert that: what remains not against us, is always for us. The Good is what IS, and evils are what is NOT.

So I say: strive for the Good, fight for the just cause, advance liberty for all, and seek justice where justice is due – but do not stomp out the Good where it lay in your opponent. They are the subject of the enemy, not the enemy itself. The ploy of evil is to convince us that the only way to beat it is to abandon the Good. Yet, as with all negative things, once this trap is clearly seen… it simply ceases to be.

This is the Way.
Stand with the Good.
Join me in this #HumbleRebellion